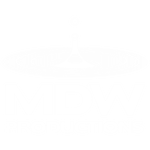 Michael grew up in South Jersey, just outside of Philadelphia where he first developed a love for music of all kinds. Here is where he began studying his primary instruments...guitar and drums.

Although he truly loved performance, making demos on his 4 track cassette recorder was wildly interesting to him. He had to figure out how to make the sounds in his head come out on a record.

Michael studied Music Recording Technology at Lebanon Valley College in Annville, PA. He never left central PA after school as he had landed a job at Citadel Communications Elizabethtown, PA (105.7 the X and 106.7 Z Country) as a production director. Here he developed the speed in his audio productions that earned him the nickname "the wizard" among his clients. During his tenure Michael produced/ wrote commercials/campaigns for local direct business, produced promotions, and occasionally had the chance to engineer audio for national recording acts that came through town.

Currently, Michael works in the daytime as a manufacturers representative with SKMAC (Shure, Allen & Heath, Godin, Gator and many more), traveling all over Pennsylvania and New Jersey and he teaches the Music Production Seminar class at Lebanon Valley College for Music Recording majors. HE also plays guitar in The Very Fine Gentlemen https://www.veryfinegentlemen.com/
​

In the evenings and weekends is when MDW Productions comes alive.